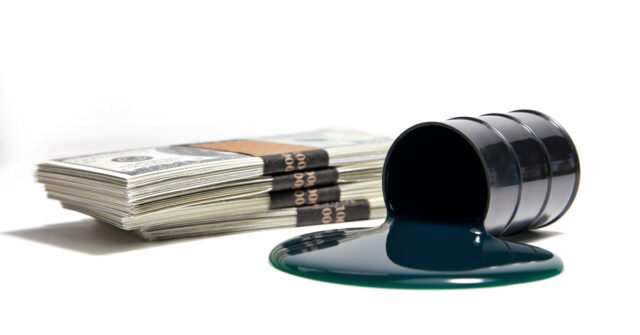 Why are gas prices rising across the world?

Although not entirely, the Russian-Ukrainian War plays a significant part in it.

As we all know, Russia is one of the biggest oil and gas producers and suppliers globally, next to the Middle East. As a measure to stop Russia’s invasion of Ukraine, many world leaders have decided to impose economic sanctions on Russia.

Sanctions refer to penalties imposed by one country to another to stop it active aggressively or breaking international law. These sanctions are taken to hurt the economy and finances of the country to cripple them from continuing the war.

On March 8, 2022, US President Joe Biden imposed an immediate ban on Russian oil, natural gas, and coal. The UK has also decided to scrap Russian oil imports as well. These steps have promoted a significant rise in oil prices, and it will cause a ripple effect on the global economy.

A year ago, the oil price was $60 per barrel, with prices staying within the $70 to $80 range in the 2020s. As the Russo-Ukrainian war broke out, analysts have already started predicting the rise of gas prices and its impact on the economy worldwide.

Analysts of JPMorgan in early February that the disruptions of Russian oil supply to the USA could increase the gas prices to $120 per barrel, which turns out to be true. In the worst-case scenario, some analysts have also predicted the price to touch $200 per barrel. Meanwhile, Russia has also warned the cost to reach $300 considering the future step of Europe, which is much more reliant on Russian oil compared to the US.

How the oil and gas import ban from Russia affects the world?

Banning Russia’s oil and gas will affect less to the US more than its European counterparts. In 2021, the US imported around 672,000 barrels of crude oil and petroleum per day from Russia, accounting for approximately 8 percent of all US imports. Canada is the primary oil supplier in The US, accounting for more than 52 percent of imports. Other key suppliers to the US include Mexico and Saudi Arabia.

Although the import from Russia is not much, it’s not less either. Companies such as Shell and BP have decided to stop buying oil and gas from Russia and discontinue their business. This is more likely to cause market volatility and contributes to significant price change.

Russia is the second-largest exporter of crude oil and natural gas after Saudi Arabia. It goes without saying a rise in gas price is a boon for oil and gas producing countries like Russia. Meanwhile, countries’ lack of natural resources suffers significant economic loss as price rise directly impacts the cost of business and restricts consumer spending.

Speaking of the self-sufficiency of the US, it is quite debatable as it does not rely much on imports compared to the European Union, which imports 40 percent of its natural gas from Russia.

Now, even if we remove the Russo-Ukrainian War out of the picture, we can still see a steep rise in gas prices in the last couple of years. To understand this, we need to learn the factors that impact Gas prices.

The increase and decrease of gas prices are connected with the crude oil prices. The cost of crude oil is the most significant component affecting retail gasoline prices. According to January 2019, crude oil costs fifty-three percent of what people pay at the pump. Meanwhile, 17 percent is what they pay for excise duty, and thirty percent goes to refiners, distributors, and retailers.

The prices of oil and gas rise and fall as per supply and demand in the market. When demand for oil increases that supply, it escalates the commodity’s price. For instance, when a US Shale Oil Company rose its oil supply in 2014, the gas prices fell.

Seasonal demands also play a significant role in oil and gas prices. Usually, gas prices rise during spring. The demand for gas also increases in summer as families usually travel or go on vacation in this season. Plus, producers have to follow strict regulations to produce summer-grade gasoline, which is expensive.

Like stocks and shares, people also trade on commodities such as gasoline, crude oil, wheat, gold, etc. Traders buy oil and gas on commodities futures markets. Such markets allow companies to buy oil or gas contracts at agreed-upon prices for future deliveries. However, most traders simply sell those contracts for a profit. Such selling and buying gas and oil in these future contracts also affects the market. The price depends upon the buyer’s assumption regarding the future price of the commodities.

If the trader assumer the future rate of oil to go higher, they often bid them up even higher. This usually happens in the spring, as traders start buying future contracts anticipating the rising demand for oil in the summer.

This is how an asset bubble is created, where commodities traders construct a self-fulfilling prophecy. However, it’s the customer who always ends up paying a high price at the gas station.

A decline in the US dollar value can increase gas and oil prices. A strong dollar allows the oil-producing countries and organizations like OPEC to make more money. So, they keep the supply constant when the dollar value remains high. As per the supply and demand rule, when supply increases, prices fall.

Experts point out that inflation also plays a significant role in a price increase of gas, as seen during the great recession era during the late 2000s. Plus, the covid-19 is also responsible, stated by The Los Angeles CBS affiliate, CBSLA.

Above all, the primary reason behind the recent price hike in gas remains the bipartisan sanctions on Russia.

When will the gas price go down?

According to the prediction by GasBuddy experts, the gas price will go upward to $4.25 by Memorial Day. However, the price is less likely to go down soon. Experts predicted that the price would slope downward by November 2022 and fall to $3.78 by December 2022.

Where is gas the most and least expensive in the US?

California is the only state in the US where the gas price per barrel has crossed $5. The average cost of gas per gallon is $5.57 in California.

The most expensive county in Mono County, where the average gas cost is $6.14 per gallon. Some stations across the states are charging above $6 on average, while some shell has stations in LA are charging $6.99 a gallon.

The states providing gas at the cheapest include Kansas and Oklahoma, i.e., $3.79 a gallon on average.

How to Remove the Tattoo with Laser Surgery