Crows are amongst the top intelligent birds known for their problem-solving and communication skills. You may even find videos of crows solving puzzle boxes. They are some of the few animals who can plan to solve a problem and even create tools from scratch. When it comes to communication, crows are the king. They can easily remember a person’s face, and if they had a bad experience with that person, they communicate that information with their fellow birds warning them to stay away from that person.

Most of you would be surprised to know that crows can talk as clearly as parrots. Although they cannot use their tongue as parrots, their vocabulary and fluency are somewhat similar to parrots.

How Do Crows Talk?

Crows don’t talk like humans; they mimic words and sounds they catch up with from others. They do that with the help of their syrinx, also known as the voice box of birds. Due to their sharp memory, they can remember words and recall precisely what they have heard. However, various other factors empower a crow to talk. 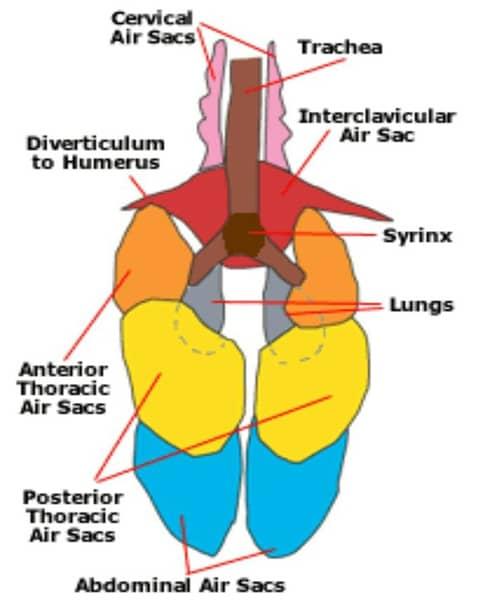 Syrinx is a unique vocal organ (aka voice box) that helps crows mimic sounds. When the air flows through the trachea, it creates vibrations around the membrana tympaniformis (walls of the syrinx) and pessulus, resulting in a self-oscillating system modulating the airflow creating the sound.

The tongues of the crow do not play any role in forming the sound. Crows only mimic what they have heard without understanding anything.

Despite having a smaller head to torso ratio, the intelligence of crows surpasses other birds. Their great memory power further helps them recognize various patterns and tools and mimic words faster than other bird species.

A crow’s brain has around 1.5 billion neurons forming in clusters to create song control nuclei, which allows them to mimic words and even form complete sentences.

Can you teach a crow to talk?

Yes, you can teach a crow to talk. However, it is not going to be an easy task. Unlike parrots, crows are wild animals that often do not come near humans. They only befriend a human if they have received care from them. A crow can be tamed if you have raised it in your home from its childhood.

Here are a few tips for training a crow to talk

It would help if you started with hello, hi, bye, good morning, etc. It was witnessed that crows who live in zoos often pick up words like “hello” from visitors. Crows can mimic many words and sounds they repeatedly hear for an extended period.

Talk to them with enthusiasm

Not only pets but wild animals like crows also respond to positive reinforcement training. When you repeatedly say a specific word with full enthusiasm, crows will pick the positivity and excitement.

Always reward your crow with a treat whenever they put an effort to mimic words. Creating a reward system will make them more interested in learning the word to get more treats.

Young crows are more capable of learning than adult ones. This is because adult crows are primarily wild and love their freedom. That’s why they hardly hang out with humans. Meanwhile, young crows do not see humans as dangerous. Instead, they consider them a part of their family.

Earn the trust of the crow

Crows are wild animals and don’t trust humans easily. They are shy in nature, and you will never see them come near you. You will rarely see a crow eating food coming near to a human. Earning a crow’s trust is a tough nut to crack. Instead of going after them, you need to give them their space and let them come to you. It might take some time, so you need to have patience.

Technically not all crows can talk like parrots, and even not all parrots can talk. The question remains whether crows can speak better than parrots, and if not, how close they can come to parrots when it comes to talking?

In short, parrots can talk better than crows. Besides using their syrinx, parrots can move their tongue while speaking. This is a quality absent in crows. However, crows can come relatively closer to parrots in terms of clarity and vocabulary.

Crows are some demerits when it comes to familiarity. This means that if a crow is not around a human for its entire life, there is a possibility it can never learn to speak. However, the chances of a parrot talking are higher given the same circumstances.

One more thing to consider is that parrots naturally tend to bond with one or two people in their lifetime and dislike strangers. Therefore, they love to mimic to please their owners. On the other hand, crows are wild animals and love their personal space. Moreover, they are timid and do not express their feelings as parrots.

However, if you provide enough care and respect to a crow, ensuring that they are safe around them, they will let down their guard and learn to talk.

In simple terms, consider parrots as the dogs in the birds’ world while crows as cats.

Crows can mimic human voices pretty clearly. However, they are not always around humans. Therefore, most of us have never come across a crow that can talk like humans. As they are wild, training them can be difficult and time-consuming. Unlike parrots, they are not fast learners; they only use syrinx for mimicking. Meanwhile, parrots have hyoid apparatus inside their tongues, a bone structure that allows them to modulate the sound coming from their voice box.

Ranboo Biography: Age, Height, Net Worth And Rest Everything

Adorable Pomeranian Husky Mix (Pomsky) – All that you want to know

Why do my teeth hurt when I run?