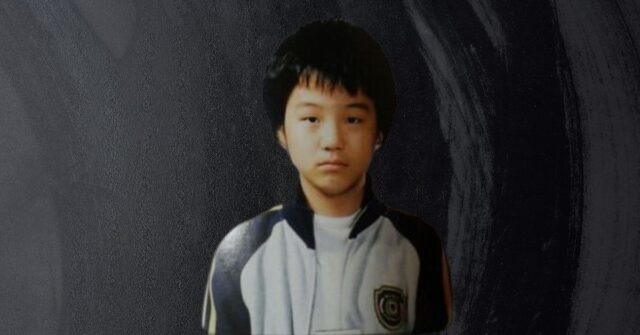 A South Korean rapper, music composer, producer and songwriter, BTS Suga is widely known as the “Savage King” amongst his fans and also haters. While he is now at one of the peak positions in their musical career along with his team members, he was not always this strong and composed as he is often referred to as now.

Born and brought up within a poor family, Min Yoongi aka BTS Suga was never supported by his parents when it came to pursuing his passion as a musical artist. The young boy had to face lots of difficulties, from living off with only 2 dollars to making the ultimate decision of going against his father’s wishes. This ended up creating a riff in their father-son relationship which was an added blow to his already depressing circumstances.

Who are BTS Suga’s parents?

Even though not much is known about the idol’s parents, we do know that the current BOP rapper’s parents were at one point of time from a very humble background. The family of five (including his furry love, Min Holly) often had to choose between a full course meal or sleep on empty stomach. The idol has even stated the same in many interviews, giving a glimpse into why his parents, especially his father, was so opposed to the idea of BTS Suga debuting as a Kpop Idol.

In an interview, Suga stated, “They didn’t understand rap music. It’s natural that they were against what I was doing.”

Even though some fans were initially enraged by Min Yoongi’s parents’ denial and opposition to his son’s passion for rap and music, the artist very specifically cleared out the reason as to why his parents did that.

“They strongly opposed it for about half a year. My father is a very strict person and since my parents suffered a lot, they didn’t want their children to suffer too” exclaimed Suga.

So in the end, BTS Suga’s parents only wanted their son to not suffer the same conditions as them and belonging to an older generation, they naturally linked civil jobs as a much more stable way of living life. They just wanted the best for their both sons as every parent wants and hence they somehow displayed hostile behaviour towards their youngest son.

What did Suga do to deal with this problem?

Upon receiving severe backlash from his parents, including his music pieces being thrown out of their home, Suga had to go underground with his passion for a while. He had to resort to writing lyrics in secret, and even decide if he had to fill his stomach or take the bus back home. The artist even tried to earn a bit by selling his original songs to producers who turned out to be fake and duped him of his money and creations.

Unfortunately, this pressure made him dropout of his college and even leave his favourite sport, Basketball, in order to work harder for his dreams. He eventually left his home and started working as an underground rapper and went by the name Gloss. It was during this phase he came out with his all-time hit “518-062”, a song that commemorated Gwangju Uprising.

He worked a lot of part time jobs, which was when he got hit by a car on route to a delivery and was diagnosed with a torn labrum on his left shoulder. Later, he had to leave the job and focus solely on his music performance and songwriting with Big Hit Music (currently known as HYBE), as his health didn’t let him do anything extra.

Having started his life with a fine share of troubles and daunting uncertainties, the BTS rapper however was finally able to amend severed ties with his parents at his own concert back in 2016. It was the first time ever that his parents had taken the step to visit his son on such an important occasion. Amidst the thousands of fans from all over the world, they were finally able to watch their son realise his dreams all on his own.

Suga upon seeing his parents bowed down on his knees in front of the whole crowd, as a posture of respect, breaking down into tears. This was recorded on live camera which was not only well reciprocated by his team members, millions of fans, but also his parents. The duo broke down into happy tears, as both were immensely proud of the achievements his son had by then earned with his team of 7, proving them wrong.

Thus, ultimately all bitterness was washed away, and since then the subtle rift between the father-son relationship has been all clear. Now, apart from BTS and ARMYs, Suga’s father, mother, and brother are the next greatest support pillars that he will always have beside him for all his life.

Well, this was all about BTS Suga and his father’s relationship. If you want to know more about him or the other six BTS members and their families, don’t forget to voice your opinions in the comment section below. If you are also a BTS fan, you may like this BTS ARMY Bomb.

How to cleanse a crystal