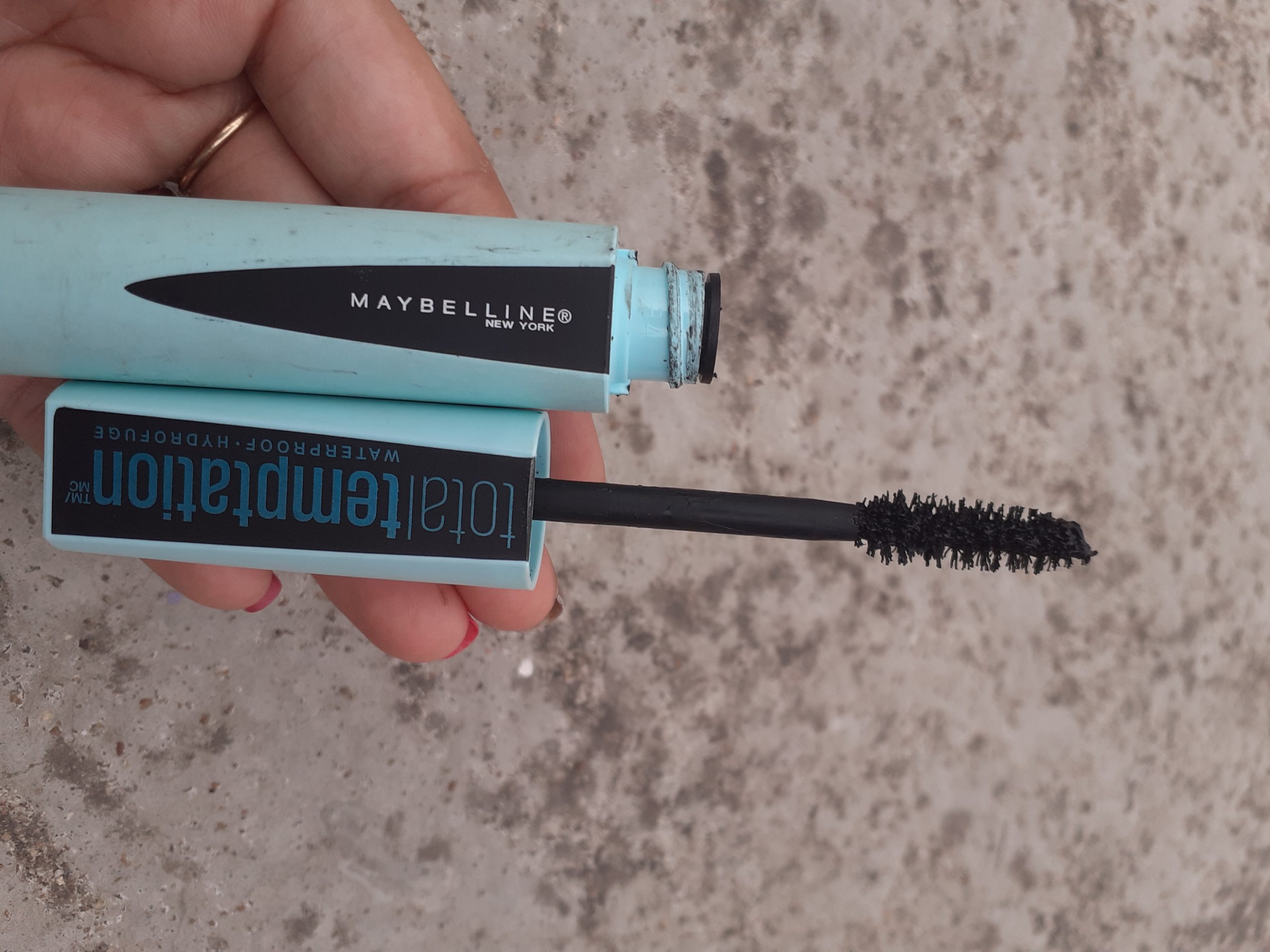 Why this Maybelline Mascara

The Maybelline Total Temptation Mascara has been hugely hyped by beauty bloggers all over the world, so I thought let’s give it a try. I am a makeup junkie but like to wear makeup strategically if that makes sense. I like to accentuate only one part of my face and rarely wear a full coverage foundation.

I like to have a sleek, youthful, and fresh makeup look to which a good mascara is a must addition. Maybelline is known to be a forerunner of the best drugstore mascara formulas since its inception. I have tried many of its formulas and loved it in the past. Many cult favorite mascaras that even celebrities and renowned makeup artists swear by comes from this brand. Its pocket- friendly and sometimes performs better than high-end products.

I have short black lashes. I need all the help in the volume and length department as my lashes are negligible, to say the least. I like my mascaras to give me length, thickness and have a curled, fan-out effect. I use mascara daily, so I want it All.

What is its cost and shelf life?

The Maybelline Total Temptation Mascara did cost me $8.1 for 0.3 fl oz. The shelf life is three years, but its better not to use mascara for that long. Check the latest price here.

How to use Maybelline Total Temptation Mascara?

Step 1. Sweep the brush from the root-to-tip of lashes.
Step 2. Repeat the first step until the desired volume is achieved.
Step 3. Do not let mascara dry in between coats.
Step 4. Easily remove mascara with Waterproof Makeup Remover.

How is the packaging of this Maybelline Mascara?

The packaging is very minimal and aesthetically appealing. The waterproof version is in baby blue color, and the original one is in baby pink color. It’s very sturdy and will look dashing on your makeup vanity. You would never lose it or miss this Maybelline mascara if you have multiple mascaras. It’s that eye-catching packaging. Unlike other Maybelline mascaras, the minimal packaging on this one makes it’s prone to social media-friendly posts.

The texture is very creamy and more liquid than the traditional mascaras that we encounter. There is coconut extract present in it, so there is a faint nutty smell in it. The fragrance is not overwhelming and vanishes within seconds. People who are sensitive to eye makeup products having fragrance will not be bothered with it as the scent is almost negligible.
The texture is quite thick, so it takes a bit of time to dry down. But once it sets, there is no transferring of the product. Even with the thick texture, you can quickly build the product for several layers to get the desired effect.

What are its Shade range?

Maybelline Total Temptation Waterproof Mascara is available in two variants- Very Black and Brownish Black. The original formula is available in four shades on the website so that it can suit people with different hair colors, even red and blonde hair. But black is the most popular and universal shade that would flatter every eye color.

Some mascaras nowadays come with all sorts of fancy wands. Some are hourglass-shaped, spiked in weird ways, and crazily curved and oversized. They promise to give you the lash effect of your dreams, and some do deliver on their promises. But I prefer simple wands. I find those fancy wands a bit messy and complicated for my taste. The traditional mascara wand like this product is easy to use and does its job pretty well.

It is simple yet very effective in depositing the maximum product without overdoing it. It curls the eyelashes a bit, which stays curled for a long time as its formula is waxy and whipped. My only issue with this total temptation mascara formula is it clumps. As the formula is very creamy, the more you use it, the clumpier it will get.
Although it layers well, the lashes will not be that well defined. They will stick to each other. That’s also a look if you want doll-like lashes.  Sometimes after a few hours outdoors, I see this maybelline mascara crumbling on my lower lashes. It’s nothing major, and some people like the clumpy mascara look so you can get away with it. Due to the clumpy texture, it gives the appearance of fuller lashes. So clumping is not entirely an issue.

What is longevity of this Maybelline Mascara?

Maybelline Total Temptation Mascara lasts on my oily eyelids for about 6- 7 hours easily. It stays put all day without smudging or transferring, which is the best thing about this mascara.
However, as the formula is a bit thick, I have to use a minimum of two cotton rounds and a good makeup remover to remove it completely. I have to use waterproof mascara because the regular ones never seem to last on my eyelids and smudge everywhere.
So I have to make an extra effort to remove the product. But it’s worth it as long as it does what it’s supposed to do.

What are the Pros of this Maybelline Mascara?

What are the cons of this Maybelline Mascara?

Maybelline Total Temptation Mascara is a good everyday mascara. It adds volume and length to my short lashes, and I think it would do wonders for people with long lashes. The formula is a bit clumpy, and the lashes may not appear naturally separated. The wand is thick, so people with small lid space or hooded eyes might have an issue using it without getting it all over the eyelids. But, overall, its one of the better mascaras in the market and a must-try if you are looking for a new mascara to try.
You may also like to read our Maybelline Fit Me Matte+ Poreless Foundation Review. 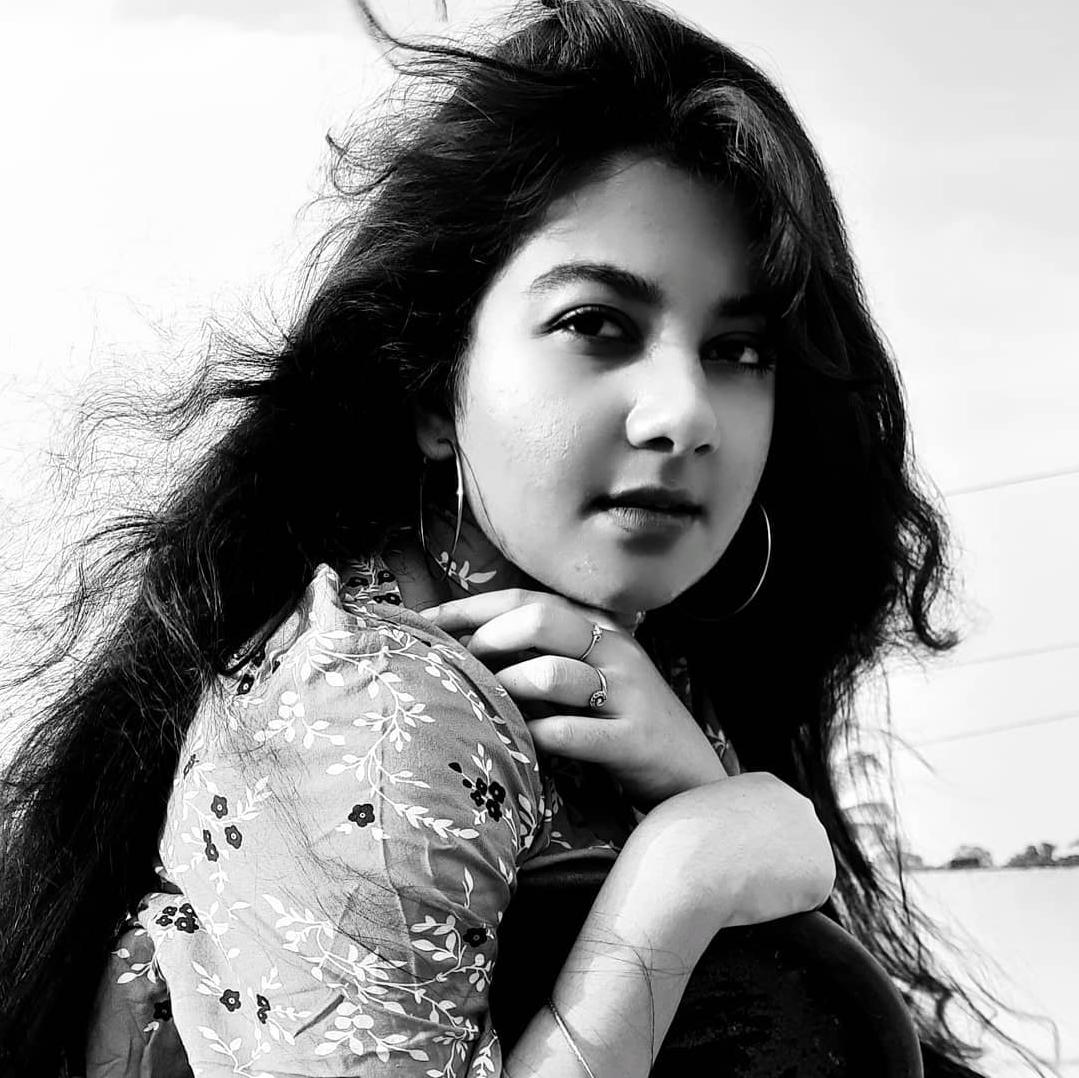 Subhalaxmi is a burning beauty from India. She is a blogger by passion and profession. Her keen interest in understanding people and redefining beauty separate her from others. She is 27 and still single. Can you believe it?

Subhalaxmi is a burning beauty from India. She is a blogger by passion and profession. Her keen interest in understanding people and redefining beauty separate her from others. She is 27 and still single. Can you believe it?

View all posts by Subhalaxmi Rout → 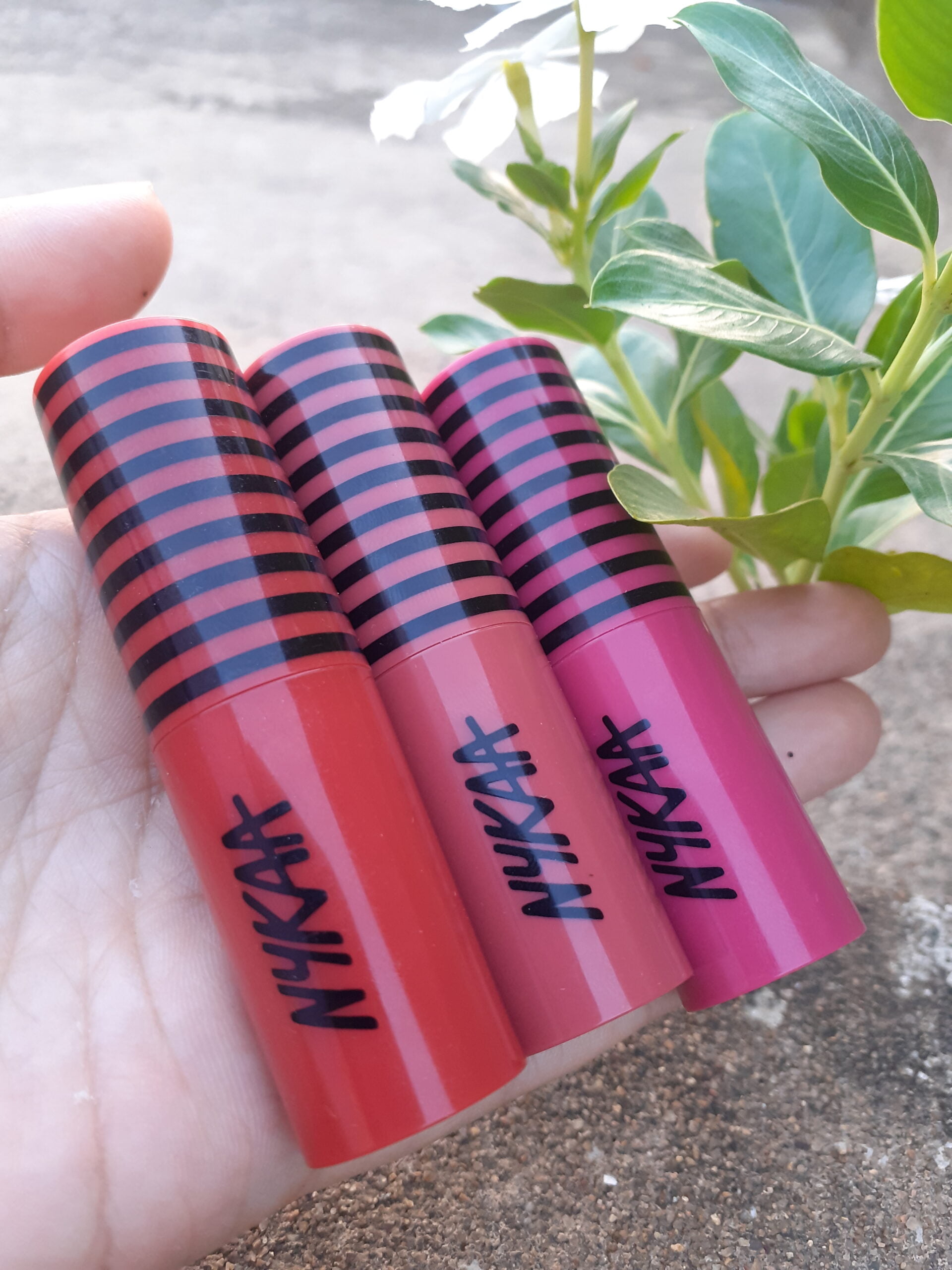 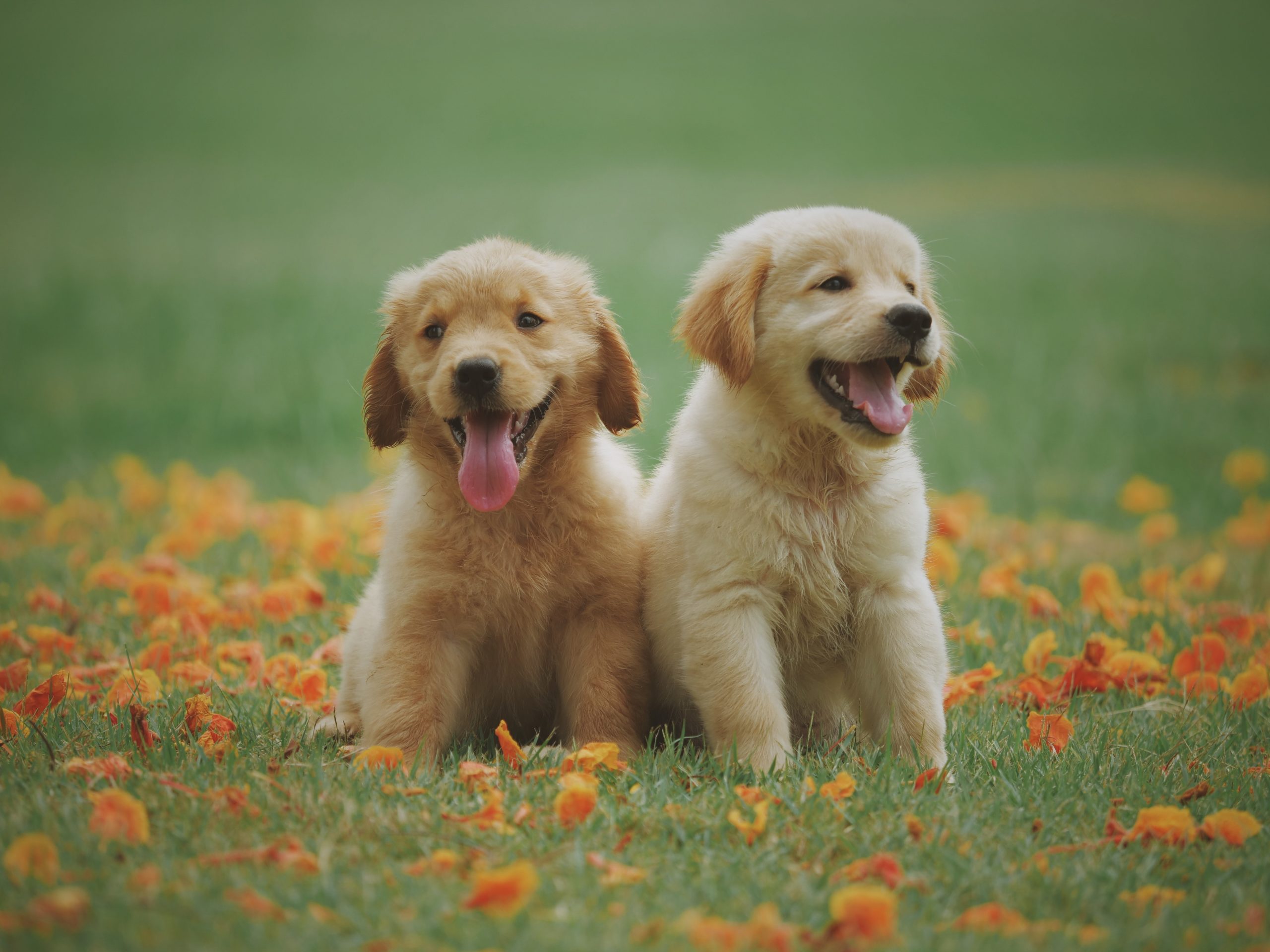 How to Train your Labrador Puppy Easily at your Home
May 1, 2020