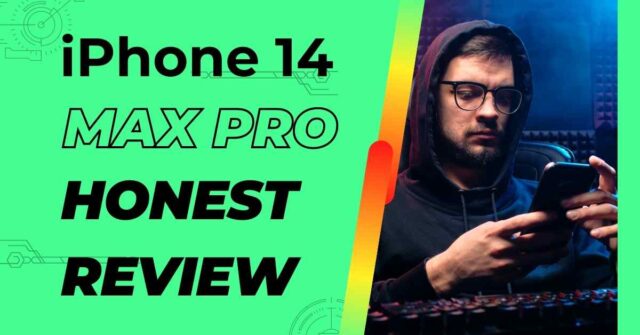 According to various iPhone 14 and iPhone 14 Pro reviews, several early adopters are having a hard time. While some users are facing problems with activating iMessage and FaceTime, some users reported bugs in CarPlay and data migration, including a handful of other issues like shaky cameras, 5G connectivity & call drops, device freezing during data transfer, and more. Now new problems have arisen with users facing automatic rebooting of devices without warning. Some of these issues have been addressed by Apple, and solutions have been provided. However, some errors are yet to be acknowledged and resolved.

A user posted that after upgrading to iPhone 14 Pro Max, they have been receiving complaints from people not hearing their voices on CarPlay. The Bluetooth registered the voice as louder while others found their voices sound like someone whispering or as if they were passing through a wind tunnel.

It has come to light that the problem has been solved but not fixed entirely. All users have to do is update to iOS 16.0.2.

While users struggle with CarPlay, a new issue surfaces in an internal memo obtained by MacRumors. According to the report, some users complain about freezing their iPhone 14 Pro models while transferring data from their old iPhones. It happens while transferring data through iCloud restore and data transfer through the quick start process. It is reported that Apple has acknowledged this honest iPhone 14 Pro Max review and working on it. As of now, Apple has recommended that owners force restart their iPhones if their devices remain unresponsive for more than five minutes. Whether the data gets damaged during the freezing or force restarting process remains unknown.

Currently, 16 bug fixes have been released within eight days of the iPhone 14 arrival. You may expect many more to follow.

Problems while activating iMessage and FaceTime

According to Apple, some owners have been having issues activating their iMessage and FaceTime after setting up their new iPhone 14, Pro, and Pro Max.

Some of these issues include:

Apple recommends users to update their phone to iOS 16.0.1, which is available in all iPhone 14 models.

If you are still facing issues after updating your iPhone, you may try these steps:

Note: If these steps do not work, you may have to restore/update your device to iOS 16.0.1 and fully activate your new iPhone.

Many users have complained of being unable to charge iPhone 14 Pro with their wireless chargers. This is due to the camera bump in the new iPhone 14 Pro making magnetic chargers struggle to hold the phone in place. However, the problem is only faced by iPhone 14 users, while no issues have been reported on iPhone 14 Pro Max.

The problem was fixed by apple in the latest release of iOS 16.0.2 software update last week.

Reports are coming from some Redditors with some users experiencing random restart of their iPhone 14 models, including Pro Max, every 10 minutes while charging with both wireless and wired chargers. This issue is not addressed with the latest iOS 16.0.1 and 16.0.2.

According to a user, apple recommended they do a full restore from backup with DFU or recovery mode followed by disabling optimized charging and uninstalling the Eufy app. However, none of these recommendations worked. What actually fixed the user’s issue was disabling the background app refresh.

Some iPhone 14 Pro customers using Verizon mentioned experiencing poor 5G cellular connections and random call dropping. However, the problem does not lie with Verizon’s network coverage as, according to users, people they know in the area using Verizon do not face similar issues on other devices.

Issues with slow and unreliable 5G cellular connections over Verizon have also surfaced, with users complaining about no connection, low signal, or call drops, even in areas with good reception and coverage. Moreover, reports of painstakingly slow 5G download and upload speeds have also been reported. Some even could not connect to Verizon’s 5G ultra wideband signals.

A Reddit user said their Verizon signal on iPhone 14 Pro runs on one or two bars at home while the person with iPhone 13 got four bars. The reason behind the issue is still unclear and exceedingly surprisingly considering iPhone 14’s Snapdragon X65 modem that claims to offer 38 percent faster 5G speed.

Both Apple and Verizon have yet to address the issue, and we can expect an official statement in the future.

Some iPhone 14 Pro and Pro Max users have reported abnormal battery drainage on their devices. Some non-pro users face the same issues, but the numbers are comparatively higher among the pro users.

Apple recommended turning off the Haptic keyboard feature as turning it ON can affect the battery life.

The stock camera app in iPhone 14 pro and Pro Max takes 4-5 seconds to launch, which annoys users as they cannot take a picture instantly. This issue is not addressed now, but Apple may fix it with its next software update.

Popular youtube channel “Takin Tech” pointed out some interesting issues with iPhone 14 pro camera algorithm that needs special mention. The image detailing issues in previous iPhone models is not yet fixed in Apple iPhone Pro. It still cannot do HDR properly with a brightly lit background.

IPhone 14 Pro always overexposed the background casting a whitish shadow instead of taking details from the highlights.

Besides, when you are editing with a bright white subject, for example, this display, apple 14 messes up the white balance; the background is actually yellow in iPhone 14 pro compared to pixel 6a.

Another issue is when apple fires the low light, it always crushes the blacks and does not pick up the shadows to create a natural setting.

Thanks for reading; we will keep updating this page with other bugs and issues of iPhone 14 models, including any fixes or recommendations. So stay tuned and subscribe to us for updates!

Mac not connecting to Wi-Fi? Here’s 6 Ways to Fix the Problem

How to know if someone’s phone is dead?

How many people watch Anime?

How to reverse a video on Snapchat using TikTok? New Trick [2022]